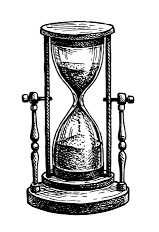 It’s been a year of loss and grief.  And I know we are all having a rough go of it, but I’m talking about me. My year. My loss. My grief. We can talk about your stuff later if you want – just shoot me a text.

My mum died last year. She was 87 and healthy-ish until the 3 weeks before she died. She lived her life the way she wanted even thought it was not the way I wanted her to. She also died the way she wanted, which was also the way I wanted for her. Quickly, quietly, and painlessly (for her at least) slowing down until she simply just stopped. Her life was good, and long and how could I have wanted anything other than that for her, or for me, or for anyone. I am sad, but not incapacitated. I miss her deeply, but I’m not heartbroken. I’ve cried and smiled at the same memories, and I don’t even feel guilty for being ok, which is odd because I feel guilt for so many things. It was and is, a predictable grief. It was not unexpected, or tragic, or anything other than the natural order of things. At her end, I told her I would be ok, and that I would take care of things. And I am, and I did.

Now, you may not know that I’m adopted. Ruth and Martin Berman adopted me when I was an infant, 10 days old to be precise. They loved me and cherished me and did all the right things (pretty much) to ensure I became a functioning member of society which I am (pretty much). As far as adoptions go, it was a success story. And yes, I know that a fair number of serial killers were adopted. Those would be the unsuccessful adoption stories.

I met my biological mother years ago and had a wonderful relationship with her. She is living with Alzheimer’s, and I haven’t seen her in a long time. This is one of those things that I sometimes feel guilty about, but that’s a big spew for another day.

But my biological father – all I knew about him was his name, that he was in a band, and that he had nice brown eyes. Not a lot to go on. I sent my DNA to be tested, so that it would be easy for Bill Gates to track me, and I found 3 first cousins. Their mom and my biological father were siblings. My biological fathers’ name was Rick, and he played the organ, and by all accounts was a fantastic musician. He played in bands, toured around, hung out with Crowbar and Ronnie Hawkins in the 1970’s in Toronto. And he was dead. He died in 1976. He jumped off a building. Because he was high on angel dust. So yeah. That’s… something. I don’t know what I was expecting, but it sure as hell wasn’t that.

I feel the loss of him. Acutely. Viscerally.  The death of a guy 44 years ago has struck me. Hard. And although I cried when my mom died, and have cried about her death since, I’ve also cried about Rick.

In fact, if I’m being totally honest, which is the goal of this fucking blog, I have probably cried about a man I never met, the same amount that I cried over my mother who raised me and loved me for 52 years.

You know when you’ve moved into a new place and your boxes are stacked everywhere, piled up in the kitchen and bedrooms and hallways.  I have these big emotional packing boxes of Rick that I keep tripping over and banging into. I have to keep moving them from place to place because they’re in my way, I keep cracking my shins and stubbing my toes on them. And that shit hurts. They take up so much space, so much more space than the shit that’s inside of them does. Like an Amazon box the size of a Shetland pony, but all that’s inside is a pair of weird leggings and an insulated coffee mug. I need to unpack the boxes and put the stuff where it goes. The problem is that I’m not sure exactly where everything belongs, so I’m spending a lot of time moving decorative vases from the end table to the bookshelf to the mantel. It’s a bit of a fucking mess at the moment.  Eventually all the Rick stuff will meld with all the Sharon stuff (that you all know and love so much) and the thought of him jumping off a building will not stop me in my tracks like a kick to the stomach, the way it does now.

I’m trying to get to know him, talking to old bandmates and extended family members. It’s a slow process, but that’s ok. I need him to be more than what I know. I don’t know enough yet. I don’t know what he was thinking or feeling. I don’t know why he made the choices he made, or if they were even choices. I wish that I did though. I wish that I’d known him. I wish that I could have heard him play. I wish that I knew what happened to a nice guy who was an amazing organ player and had really nice brown eyes.