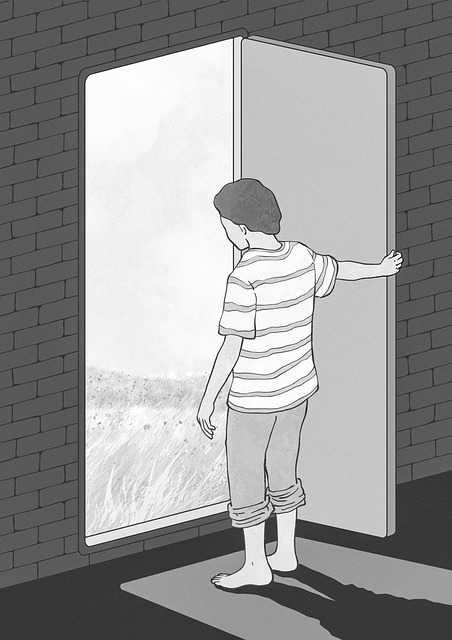 Sadness has been visiting me a lot more in the last couple of years. I’m sure this is true for many people; sadness seems to be getting around quite a bit. Sadness usually ambles in, parks it’s ass on the couch next to me, and just sits quietly, inhaling and exhaling. Not really disruptive, but still, it’s there. Taking up some space, making it uncomfortable to stretch out, and a bit of a challenge for me to squeeze past when I get up to grab a snack (wine). But it’s ok. Eventually sadness heaves itself up and wanders off leaving behind crumbs, some loose change, and it’s ass imprint on the couch cushion. Totally bearable. Not the worst thing, but not the best thing either.

Sadness returned recently. It made its way to the couch, had a seat, and I figured ok, you were just here but maybe you forgot something, or your ride didn’t show up.  But this sadness was acting strange; it didn’t park itself on its regular seat on the couch, and I started to get a feeling that this sadness wasn’t the sadness I knew; this was like a cousin of sadness. It just felt different. Like when you put on someone else’s shoes that are the same brand as yours. They look the same, but as soon as you put your foot in, you know that it is not the same. They are not the ones you’ve been wearing for the past couple of years. The insole is shaped to someone else’s foot, and the wear patterns on the sole are completely different. You usually skip along, but these shoes have been dragged. The tread is gone, and you’re afraid you’re gonna slip.

Cousin sadness sat, inhaling, and exhaling and expanding with every breath. It was taking up more space on the couch, and then the back of the couch, and then the ottoman, and then the floor. It became a kind of weighted blanket, draped over my shoulders. It wasn’t offering comfort and warmth. It wasn’t offering anything other than weight. It was making it hard to move around, and hard to get up out of bed. It covered my head, muffling my senses. I didn’t think it would smother me, but I wouldn’t guarantee it.

Cousin sadness was looking and feeling a lot like depression. I hadn’t met depression before, but I’ve seen it hanging around, and I know many people who have intimate knowledge of it.

Depression also brought it’s good friend anxiety along to meet with me. They worked weirdly together, anxiety made it difficult to sleep, and depression made it difficult to get out of bed. I spent a lot of time in a supine purgatory of lying in bed, knowing I should get up, not feeling like I could get up, feeling guilty for not getting up, and then finally getting up but still feeling weighted down.

I figured at some point I would begin to feel better, but the longer it went on, the less convinced of that I grew. I wasn’t incapacitated, I was functioning, albeit a little more sluggishly, but I decided that I should perhaps do something about this before I wasn’t able to. I couldn’t get the fucking weighted blanket off of me, I simply couldn’t find the edge and pull.

I was growing concerned about it.

So were those around me.

I shared how I was doing with family (who knew) and friends (who suspected) and my doctor (who prescribed medication) and my therapist (who offered insight, coping tools and a different perspective).

I’m doing much better. Talking helped, therapy helped, medication definitely helped. The anxiety has eased so I can sleep better and the weighted blanket is folded up in the linen closet. But it’s still in the house. I can sense it being here. I’ve set up an emergency plan of sorts, for when I feel depression arriving again, a very specific plan for me. What I need to remember to do, what I need to focus on, what perspective I need to adjust. And what I need to do consistently when I’m well, so I have the resources needed when it’s go time.

Most importantly for me, I need to share how I’m doing with those around me. Because their support is an integral part of my plan.

Everyone should be so lucky.

11 thoughts on “The Unwelcome Guest.”