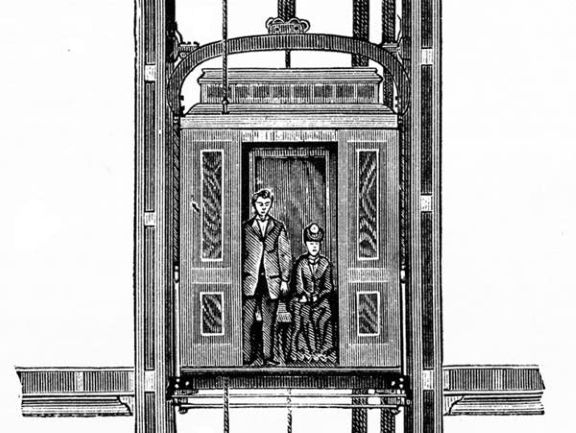 Logic and emotion are kind of like two people on an elevator – existing in the same environment, but almost totally unconnected. Logic is a lawyer in a 3-piece suit, speaking rudely to whoever is on the other end of the fucking Bluetooth that’s clipped to her ear. Emotion is a sketchy looking bike courier, rummaging through her dirty messenger bag, with Bob Marley leaking out of her oversized headphones. All they seem to share is a space. Proximity and maybe their general direction. Up. Or down. Depending.

I had the sads a few days ago, complete with tears, listening to my husband having a conversation with his mom on speakerphone. I could have gone upstairs, I guess, but I really didn’t think anything of it until I started crying.  I don’t know why but for some reason, hearing my husband’s casual phone conversations with his mom, make me sad.

I didn’t say anything to my husband at the time, although obviously he knows now. I didn’t say anything to him because I didn’t know what to say. I don’t begrudge him his parents, I really don’t. I love my mother-in-law, and I have a really great relationship with her, separate from my husband. I have picked up the phone and called my mother-in-law so many times and have always had amazing discussions with her. I consider her one of my very good friends. She is there to support me, in every conceivable way. So, I’m not sure why it kind of bums me out. And like, what the fuck is my husband supposed to do with that? Nothing I guess, just maybe get all weirded out when he talks to his mother, or feel guilty about having a mother. Hide from me when he wants to call her? And what is she supposed to do? Not talk to her son? Try to support me more than she already does? She couldn’t possibly support me more than she already does.

It’s a bit of a conundrum.

I was trying to figure out what it was about the phone calls specifically that made me sad. Maybe it’s that I can’t pick up the phone and call my mum, but I don’t know – I don’t really think about picking up the phone and calling my mum (which is a bit fucked, but don’t worry, I’m earmarking it for a future spew – guilt; the double issue). I could have called mum whenever I wanted, but really, we spoke once a week, pretty much, and that was it. It was enough for me and I guess enough for her.

My husband and my mother-in-law call each other to tell each other things. Not just checking in, but like, “I saw this… whatever and it reminded me of you” or “did you read that article in the Star” or “what did you think about… whatever” they always have these sometimes meaningful and sometimes meaningless conversations. I didn’t really have that kind of relationship with my mum though, the kind that my husband has with his. So maybe that was it. Maybe I wanted to have that relationship with my mum, where we had unscheduled meaningless and meaningful conversations. But I think that our relationship was as good as it could be. Which sounds like maybe it was kind of crappy, but I don’t mean it in the crappy way. We had a strong, loving relationship. It was our relationship. It worked for us. We liked it. I guess.

So, I don’t know why I got sad at an overheard phone conversation.

For the most part, I think we look to solve problems – to feel like we have some control over shit. But I don’t know how to solve this problem though, because I don’t really know why it is a problem, I don’t know the root cause. I can’t solve it until I know exactly what it is.

So I kept thinking about it and thinking around it and I came to the conclusion that feeling sad isn’t a problem. Neither is feeling happy, or grumpy or any of the other dwarfs.

And if feeling sad isn’t a problem, then there is no problem to solve. It doesn’t matter why I’m sad, I just am and there is nothing to figure out.  Maybe I don’t have to be the 3-pc suit, totally in control, trying to make sense of things. Maybe I can just be the courier, chilling in the elevator, grooving to Marley and smelling of dank weed and sweat.

Just a girl, sitting quietly, releasing the pressure valve on her brain